“What was your first beer in Austin?”

Ask that question of anyone who’s moved to the area in the last 8 years, and they’ll probably answer “a Lonestar tall boy.” Sad but true. But odds are, their second was Pearl Snap, Peacemaker, Fire Eagle, Black Thunder, or (nowadays) Flavor Country.

ABW burst onto the Austin brewing scene in 2011 with rock-solid branding and a slate of bold, yet clean flagship beers. The ambitious founders’ story is one worth reading, but rather than re-package what others have written on the topic, I highly recommend the epic oral history that Austin Chronicle put together in March 2017. As you’ll learn in that profile of the brewery, producing filtered, euro-style brews and distributing them in cans was an eyebrow-raising, against-the-grain move, but one that quickly won over craft beer-lovers and established Austin Beerworks as a leader in the Texas craft beer industry.

In 2017, the ambitious vision of its co-founders continued to expand, with the opening of the Austin Beerworks taproom at their Industrial Terrace HQ in North Austin. A mecca of all things fermented and fabulous, the brewery is a bona fide Austin destination in it’s own right, drawing hordes of beer tourists and locals every weekend. When it’s back to work on Monday, however, the ABW taproom is right back at it, with it’s doors open at 11:00AM Mon-Fri. With the right amenities, Austin Beerworks would be an ideal remote working destination…so how do they hold up?

North Austin is saturated with corporate offices, warehouses and all other manner of industrial real estate. It’s also one of the most brewery-rich areas of the city, a fact that is much more relevant on Saturday and Sunday. It’s therefore very refreshing to find the Austin Beerworks taproom nestled into the industrial landscape off 183 and Burnet, separate from the traffic and general bustle surrounding it, and open for business at 11:00AM on a weekday.

I have to assume that other breweries are keen to “borrow” some design cues from Austin Beerworks’ taproom. On the exterior, you’re greeted by loud splashes of color on the exterior, from the picturesque grain silo, to the rainbow-clad marquee, to the turf-covered patio with red picnic tables. Step into the taproom proper to scout out a seat and a drink, and you’re treated to abundant natural lighting, flourishing pothos plants, and an unobstructed view of the brewery itself. It’s clear that a ton of thought went into the planning and execution of the space. You’ll feel at home whether you’re here with a crowd, or just rolling in solo to clock in to your job remotely. The patio is really a treat in the fall and winter months when things cool down a bit, and as long as the sun’s out the windows between the taproom and patio fold down into bar-height window counters, which work beautifully as standing workstations. Most days you’ll also catch the “CANtina” food truck on-site for lunch. Worst case scenario, you can just pop inside and help yourself to some free popcorn.

Some of you Austin-based remote workers obviously aren’t new to ABW, because I always see a handful of other folks with their laptops open and a fresh brew on hand. Uninitiated remote workers will find the ABW taproom very inviting, but lacking in the connectivity department. While you’ll find almost any workspace configuration and seating you prefer — both indoors and out — those with older laptops may feel shunned by the lack of outlets. And we need to talk about the Wi-Fi, which was decidedly…ahh…laid back. It clocked the lowest of any taproom Reply Ale has visited…10mbps down and 324kbps (yes, kilobytes) up (max speeds across 10 tests via speedtest.net). I was able to keep my inbox and outbox fresh and review documents on SharePoint without a hassle, but when my workflow required downloading a moderately-sized PowerPoint deck for editing…it just wasn’t happening. Naturally, we’ll adjust our ratings if future visits yield different analyses, but this may be a real hurdle for remote workers accomplishing routine tasks. If you don’t have a hotspot of your own to jump on, look for SSID: ABWGUEST3 and punch in password: pearlsnap

Do we even need to talk about the beer? Yes; especially if your experience with Austin Beerworks has been limited to their canned offerings. There’s nothing wrong with the Core Four –in fact they’re damn near perfect — but you really need to visit the taproom to experience the creativity and range of head brewer Will Golden. True to their foundational principles — Bold and Clean — crisp lagers and light, hoppy ales are the staples at ABW. On any given week, though, you can find some boundary-pushing styles on the draught wall. The Heavy Machinery IPA series is always a treat to find on tap; featuring unique hop blends, fresh harvest wet hops, or dangerously crushable doubles. Sometimes they’re serving up a barrel-aged variant of a seasonal brew, or else a collaboration with another excellent brewery. I won’t belabor the point…you’ll find a beer you love here. In fact, I found three, none of which I had sampled before. My beertender, Sarah, recommended I try them in the following order: from La Mentira, to Brüt Reynolds, to Billy Corgan’s Caffeine Addiction.

Her recommendation was sound, and La Mentira was an excellent start despite its barrel-aged composition. They take spring seasonal La Verdad, a Mexican lager, and age it with lime and salt in tequila barrels. What comes out of the barrel is basically one of the best “dressed” beers you’ve ever had. The prominent flavor is subtly sweet and salty citrus, with great depth of flavor from the barrel aging (think gose). La Mentira was the second run of the tequila barrels in question, and only aged for ~5 months, so there’s non of the funky acidity you might expect from a beer aged with fruit.

My next pour was Brüt Reynolds, which I’m sure you correctly guessed is a brut IPA. Honestly I’m kind of over the whole brut IPA, and think at this point brewers are just trying to make fetch happen, but Brüt Reynolds here stood out like a fine mustache. Austin Beerworks added chenin grapes to their original “Et tu, Brute?”, and the result is a brut IPA that renewed my faith in an entire category. It has a VERY dry mouthfeel, with a pleasant bitterness on the first few tastes from the grapes and hops. It comes closer to its namesake sparkling wine inspirations that any brut I’ve had…you can almost hear the cork popping when you take a sip. I can see non-IPA lovers enjoying this, because the hoppiness is there and gone in a moment.

Perfectly timed for the home stretch of my editing session, last up was Billy Corgan’s Caffeine Addiction. Here, ABW crafted a toasty brown ale with coffee and fall spices. All the expected clove and cinnamon characteristics are there, but tannins from the coffee keep it from being too sweet. Not that there were any doubts, but it was cool to see Austin Beerworks execute this style so well, and differently. Despite all my rage, I am still just a pumpkin spice beer fan in a cage.

Austin Beerworks is one of my favorite places in Austin. I’ve sat down with my laptop and a pint of Fire Eagle many, many times before writing this. Repeat visits to the taproom, with the dual purpose of enjoying a great beer while wrapping up some digital projects, have cemented Reply Ale’s degree of confidence in the overall remote working experience at Austin Beerworks. The Wi-Fi is whack, and there could be more outlets available…but the workspace options are ample, the weekday atmosphere is a perfect blend of lively and laid back, the beertenders are knowledgeable and friendly, and the beers are top tier. Remote workers should be right at home at Austin Beerworks. 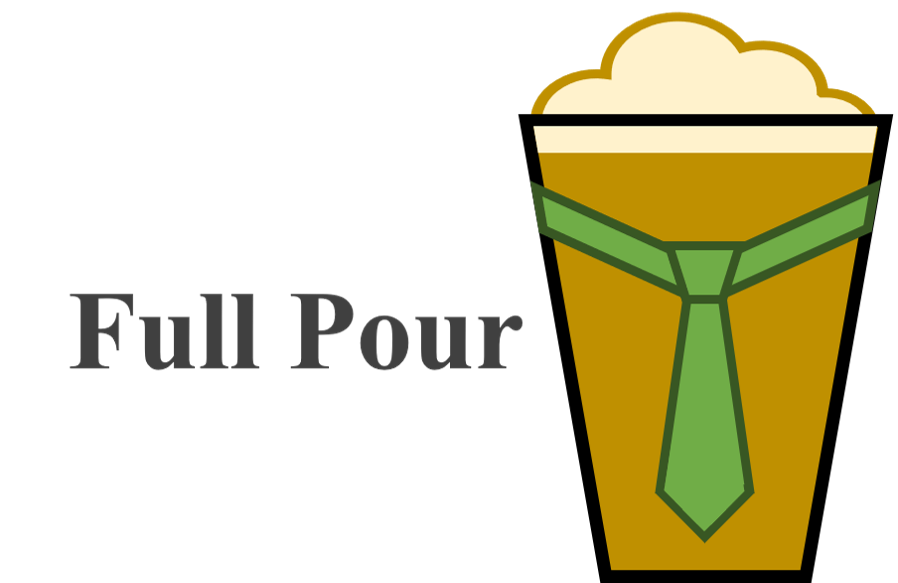 Check out our super scientific Ratings Guide for more info on how we rate the places we visit.